The History of Chiropractor Medicine 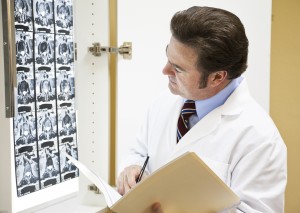 The history of chiropractic care goes back to 1895 but has developed since then as the knowledge of the human body has increased.

D.D Palmer of Iowa is credited with being the first chiropractor and it was in 1895 that he completed his first treatment and the adjustment helped restore the hearing of a deaf janitor. Prior to this Palmer was a magnetic healer but it was when he came across the Janitor Harvey Lillard that he heard from him the story of how he had felt a pop in his back and found himself deaf: Palmer correctly surmised that there might be a misalignment in the spine and this was what was causing the deafness. Many questioned how this alignment could affect a change in the brain such as hearing but Palmer was convinced of the value of chiropractic adjustment and later declared that it could ‘cure all diseases for the human race’.

D.D Palmer opened the first school of chiropractic in 1896 and soon started training chiropractors so that the technique spread to the extent that he opened a second school by 1903. Palmer was now calling himself a doctor that a few years previously he would have had every right to do; at the time when Chiropractic was first becoming popular though the licensing of doctors was changing. The change could have stopped chiropractic dead in its tracks and many chiropractors ended up in jail for practicing medicine without a license. Palmer continued to claim that his college needed no license as Chiropractic wasn’t medicine as it was a drugless cure.

Chiropractic would perhaps have been wiped out had it not been for Dr Solon Langworthy who changed the curriculum for chiropractic courses and narrowed the field of chiropractic to ensure that chiropractuers could practice without issues. While Palmer was arrested in 1906 Langworthy continued on the development of Chiropractic.

While Langworthy was taking Chiropractic to be more scientific B.J Palmer took over his father DD Palmer’s chiropractic schools and continued to bring in new students, with 1,000 students in total in the 1920s. B.J Palmer also made chiropractic more professional and bought in the use of X-Rays and other medical techniques that helped to make it more acceptable to doctors; convictions of practicing medicine without a license though continued on into the 1920s.

It was in the 1960s that the rise of chiropractic was again interrupted with the American Medical Association deciding that chiropractic was unscientific and should be banned, wrangling between the two sides continued and led to a legal action in the 1970s that was eventually defeated in 1987. Since 1987 chiropractic has become increasingly accepted as a treatment that works and has real value for many if not all ailments.

You may not realize this but chiropractors have to study at university for several years to qualify, they are therefore more than masseurs with a fancy name. Chiropractors understand the skeletal and muscular system of a human as well as a doctor, what they do during a session then is far from a stab in the dark and is based on a great understanding of problems with the muscular system. This understanding is why if you go to a chiropractor they will focus on muscles that may well not be those that ache and hurt. A masseur by contrast will relax and ease muscles but though this may bring temporary relief will often not deal with the root cause of a problem. A chiropractor will work with you to identify where pains are coming from. Many problems come back to problems around the spine but the spine is affected by the muscles around it. Where muscles are tight and pull on the spine it can lead to a curvature that affects your overall posture. A poor posture can lead to pain in other muscles that are either stretched or being overworked, for example tightness in the lower right hand side of the back may lead to more work being done by the left leg.

The cause of a curvature in the spine though could be something different again. It is often in fact tight muscles in the buttocks and the back of the thighs or even calves that pull on the back and in turn the spine. A chiropractor will go through your history of injuries with you; it may be that a previous knee injury, though no longer painful, is causing problems in the back by being tight and pulling on all the muscles around it and through your back. The chiropractor then may start off by working on the knee to relax it and then relax the other muscles leading up to the spine.

A chiropractor cannot be expected to solve long term problems in one go, they will therefore want you to attend on a regular basis for some time, each time the muscles can be relaxed and stretched more and the curvature of the spine can be monitored and so progress monitored. Chiropractors can also identify causes of problems that may come from elements in your life and lifestyle. They will talk through things with you such as the exercise you do, the work you do and how you go about lifting things. It is often how you sit at work that causes problems or if you have a physical job you may be lifting incorrectly or need to lift differently to look after a muscle that is weak or tight. To get the best results from a chiropractor you will often need to change how you do these kind of things and regular stretches and other quick exercises every day between appointments will help to maintain a good posture and help to solve problems.